AS a Designer and Manufacturers can realize dreams 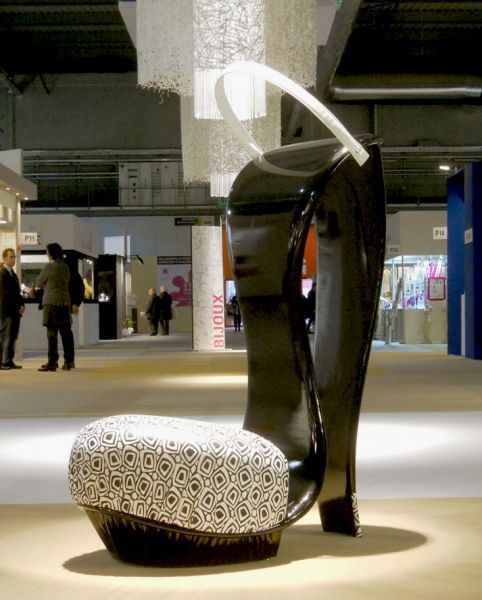 Dream and reality made in Italy

As in a fairy tale dreams can come true ..
From traditional creativity Brianza, a land of great culture and production, comes a challenge: to found an art studio and create strange objects and special designed with ironic, humorous and unconventional !!

After graduation, after years of experience in various companies as production manager, Luigi Mariani founded FUTURPROJECT: design-production items of furniture.

It is a small company, which creates particular objects, and fantastic experiences and that led to “Happy Design” or fantastic pieces in limited series.
Our products are not contaminated by the canons artistic currents where shapes and colors are used to excite.

Now after more than 10 years this philosophy has proved successful avendoci led to participate in prestigious events such as the Fuori Salone 2012
held at the elegant boutique VIERRE in via Montenapoleone in Milan.
It accentuates the bond with the world of fashion.

It is a sign of fate that even the way the brand Vergelio began with a small business’s founder, Mr. Enrico Vergelio.
As in the case of Futurproject Luigi Mariani, everything started from the passion and challenge of creating objects nonconformists with production throughout the manual.

The highlight of our production is SCARPY, an ottoman sculpture representing a giant shoe whose sales have reached over to several European cities, including the great Paris, also the eastern Seoul in Korea.

Over the years we have processed orders in Italy and many European countries.
We have also participated in design exhibitions worldwide such as: New York (Wall Street), Tokyo, Osaka, Cape Town and other …

‹ › ×
I agree to the Terms and Conditions.
Findiss chat